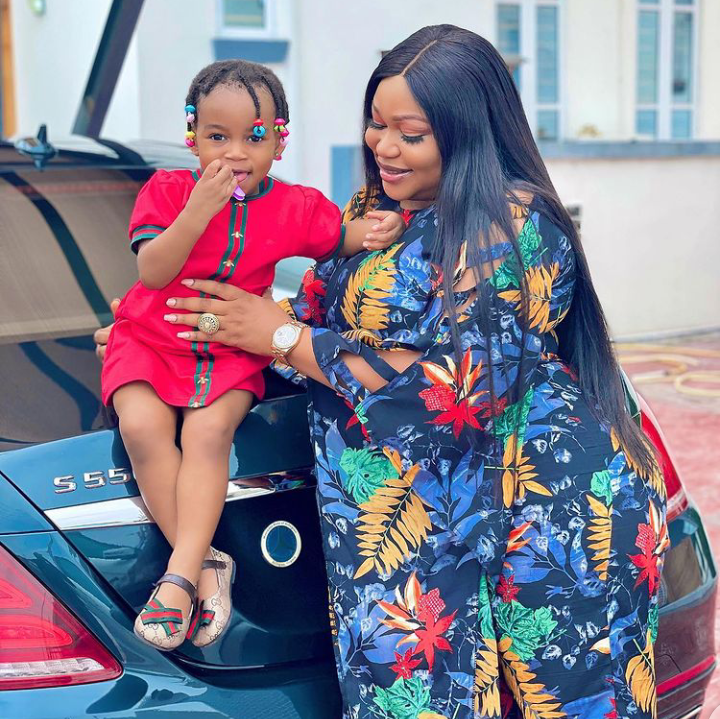 Nigerian actress and filmmaker, Ruth Kadiri has expressed her shock after she heard her daughter, Reign sing the popular ‘You want to bamba’ song.

The hook, ‘You want to bamba’, by Goya Menor in collaboration with Nektunez, was released in December and is a new amapiano-version of the song, Ameno, which is undoubtedly one of the most talked-about songs of 2021.

The song became a viral hit as celebrities and social media influencers ‘vibed’ to it on Tiktok.

Bursting into laughter, the award winning actress wondered how her daughter learnt the song.She added that neither her nor her husband taught Reign the song.

@Foladiva: She wants to chill with the big boys abeg

@Honorine_daniels: Let her chill with the big boyz biko

@Udybeke: These children they hear o. My dear pls chill with the girls oo till you grow nne