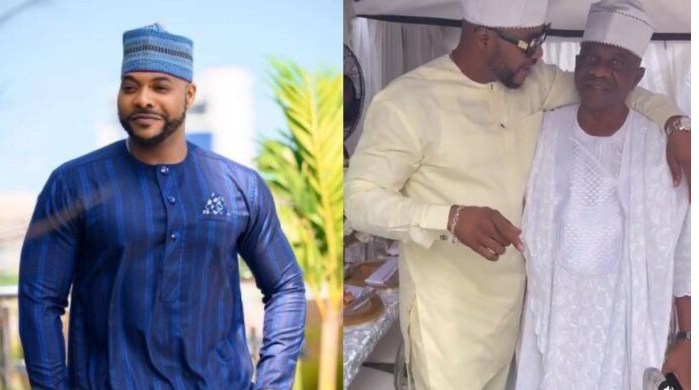 Bolanle Ninalowo well known as Nino is a Nigerian actor and producer, talking about his father, Alhaji Jamiu Ninalowo is the father of Nino.

According to Wikipedia, the popular actor was born in May 1980 in the Ikorodu area of Lagos State.

Alhaji Jamiu Ninalowo is the father of Nigerian actor and producer, Bolalne Ninalowo. He celebrates his birthday on the 28th of December.

Bolanle released a video of him and his dad on Instagram when they were at an event.

“Caught him off guard 😁
Only time you can catch Alhaji for a pic is at a gathering!
Father & Son moments 🤎
Maka 🏆”